A native of Grayson County, Joseph D. Brown comes from a long tradition of accomplishment in the legal community. His father, David H. Brown, was a state district judge in Grayson and Collin counties, and his uncle served in Sherman as United States District Court judge in the Eastern District of Texas for more than 20 years. Today, the Paul Brown United States Courthouse, named for his uncle, stands proudly in downtown Sherman.

After graduating at the top his Sherman High School class, Mr. Brown attended the University of Texas at Austin, graduating with a degree in Government. A law degree from Southern Methodist University Dedman School of Law followed, and then a prestigious position with a large Dallas law firm, Cowles and Thompson, P.C. Joe excelled for years in the world of civil litigation, representing individuals and businesses throughout north Texas in personal injury and business disputes. 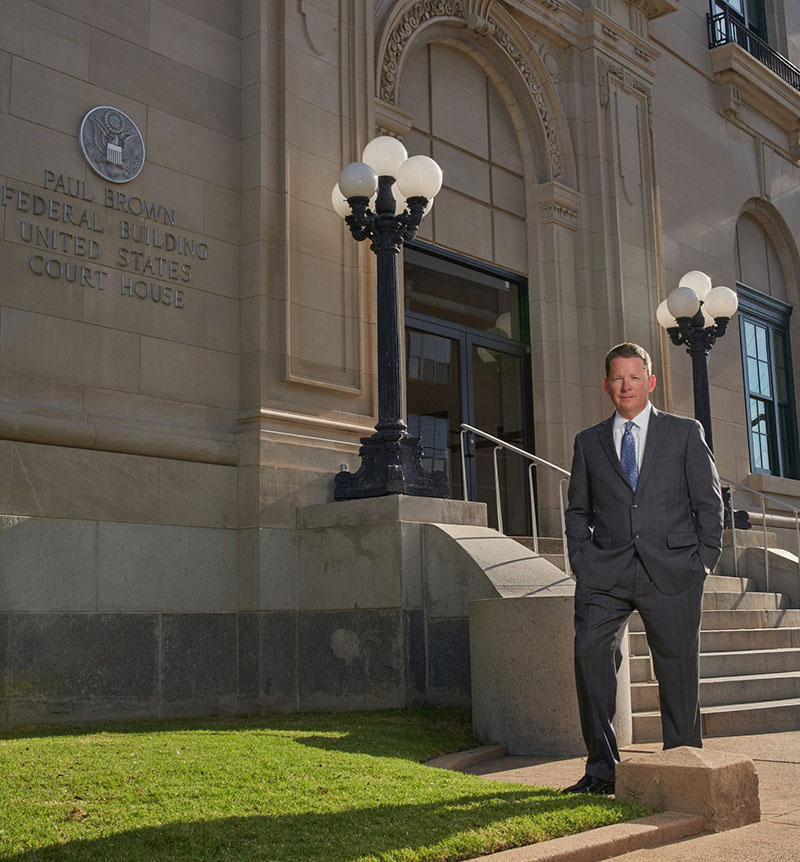 But a family and the love of hometown soon called, and Joe returned to Sherman in 1999 to open a private law practice and enter the world of politics and law enforcement. At the age of 30, Mr. Brown was elected Grayson County District Attorney, a position he would hold longer than any other person in the history of the county. Brown would lead the growth and modernization of the office until it became one of the most respected and admired prosecutor offices in the state.

Joe Brown personally led battles into the courtroom, trying to a jury dozens of serious criminal cases while overseeing tens of thousands of prosecutions and criminal investigations. Particularly memorable were Brown’s handling of the death penalty prosecution of Andre Thomas (Read Story Here) in the grizzly and widely publicized killing of his wife and two children, and Brown personally leading the prosecution in the murder trial of the killer of Grayson County Sheriff Deputy Chad Key (Read Story Here).

Appointed by Texas Governor Rick Perry, Brown served as a board member of the Texas Juvenile Justice Department in Austin from 2009 to 2014, helping to oversee the state’s juvenile prison and probation system.

In 2017, Brown was tapped by President Donald Trump to serve as United States Attorney for the Eastern District of Texas. Confirmed by the United States Senate, Brown would become the chief federal law enforcement official for a sprawling quarter of the state, stretching from Sherman to Beaumont. Working with agents from the FBI, DEA, ATF, and IRS, and other agencies, Brown would lead the United States Attorney’s Office to historic levels of case production, aggressively pursuing justice without regard to politics, wealth, power, or position.

A particular focus of Brown’s tenure as United States Attorney was the prosecution of international drug trafficking organizations in East Texas courtrooms. Using international long-arm jurisdiction, Brown grew the Eastern District into one of the most active federal districts in the country in the extradition of drug suspects out of Colombia in 2018, traveling to Colombia and Mexico to meet with foreign law enforcement officials and to coordinate cross border prosecutions. 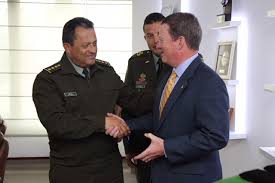 In May of 2020, Joe Brown resigned as United States Attorney for the Eastern District of Texas and returned home to represent individuals and businesses in the important legal matters that require a lawyer of substance – someone with the courage to stand up for what is right, regardless of the consequences.

Joe has a long history of community service.   In 2002, he helped found the Grayson County Children’s Advocacy Center and served as president and board member of that organization for many years.    He has been a long time member of the Sherman Kiwanis Club, and has served as a board member of the Circle Ten Council of the Boy Scouts of America.

A deacon in his church, Joe lives in Sherman with his wife and two daughters.

You can find out more about which cookies we are using or switch them off in settings.

This website uses cookies so that we can provide you with the best user experience possible. Cookie information is stored in your browser and performs functions such as recognising you when you return to our website and helping our team to understand which sections of the website you find most interesting and useful.

Strictly Necessary Cookie should be enabled at all times so that we can save your preferences for cookie settings.

If you disable this cookie, we will not be able to save your preferences. This means that every time you visit this website you will need to enable or disable cookies again.